Be the first to review this product
LKR9,500.00
Size Guilde Delivery & Return

All orders shipped with UPS Express.

Always free shipping for orders over US $250.

All orders are shipped with a UPS tracking number.

Items returned within 14 days of their original shipment date in same as new condition will be eligible for a full refund or store credit.

Refunds will be charged back to the original form of payment used for purchase.

Customer is responsible for shipping charges when making returns and shipping/handling fees of original purchase is non-refundable.

All sale items are final purchases.

Give us a shout if you have any other questions and/or concerns. 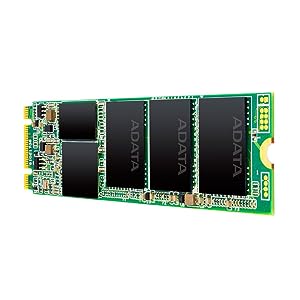 Implementing advanced 3D NAND Flash, the SU650 M.2 2280 offers higher density and bigger capacities than 2D NAND Flash SSDs. This means it's also more efficient and reliable with a better cost-performance ratio. The SU800 M.2 2280 comes in a wide range of capacity variants from 128GB to 1TB and delivers read/write speeds of 560MB/s and 520MB/s to accelerate PCs.

＊This is a SATA III M.2 2280 SSD. This is not compatible with PCIe M.2. Please check your system spec before purchasing.

The intelligent SLC Caching algorithm allows NAND Flash memory to operate in single-level cell mode and boosts read/write performance. In addition, with support of DRAM Cache Buffer, read/write performance can be as much as double that of solid state drives that lack a DRAM cache, or in other words that can't use auxiliary memory as an SSD buffer for high intensity tasks.

Low density parity check error correcting code has been implemented on the SU650 M.2 2280, leading to a massive reduction in data errors and an equal increase in data integrity. It therefore protects your valuable content against corruption to a much greater extent than non-ECC SSDs or even SSDs that use basic BCH error correction. 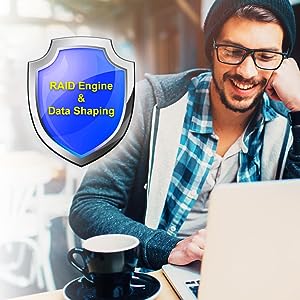 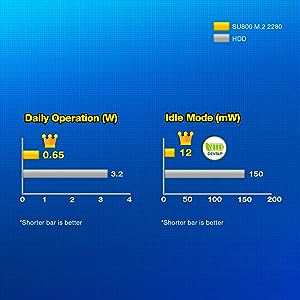 The SU650 M.2 2280 supports DEVSLP (Device Sleep) technology for better energy efficiency. This results in lower electricity consumption and prolonged battery life. Compared to traditional HDDs, the SU650 M.2 2280 consumes just 8% of the power while in idle mode, and 80% less power during regular operation. For users who often travel or go on business trips, the SU800 M.2 2280 is a great companion with high mobility and power-saving ability.

Write Your Own Review

Cash on delivery inside Colombo

We ensure secure payment with PEV